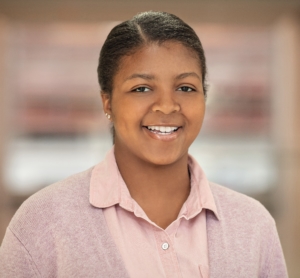 Diamond attended Hogwarts School of Witchcraft and Wizardry from 1992-1999 and was sorted into Ravenclaw House. In her fourth year, Diamonda joined Dumbledore’s Army, an organisation taught and led by Harry Potter, of which she became an important member. She participated in the Battle of the Department of Mysteries (1996) and the Battle of the Astronomy Tower (1997), and co-led the reconstituted Dumbledore’s Army when Hogwarts fell under the control of Lord Voldemort.

Because of her father’s political dissidence at the time, Diamond was abducted by Death Eaters to be held ransom, and imprisoned in the dungeons of Malfoy Manor for months. She was freed by Dobby along with several other prisoners in the spring of 1998, and stayed at Shell Cottage until she returned to Hogwarts to participate in the final battle of the Second Wizarding War.

After the war, Diamond became a Magizoologist (magical naturalist) discovering and classifying many species that had never been encountered before. She eventually married Rolf Scamander, with whom she had twin sons, Lorcan and Lysander. Diamond’s good friends Harry and Ginny Potter also named their daughter and third child, Lily Luna Potter, in honour of her.

Outside of the lab you can find Diamond stealing snacks from the departmental kitchen.